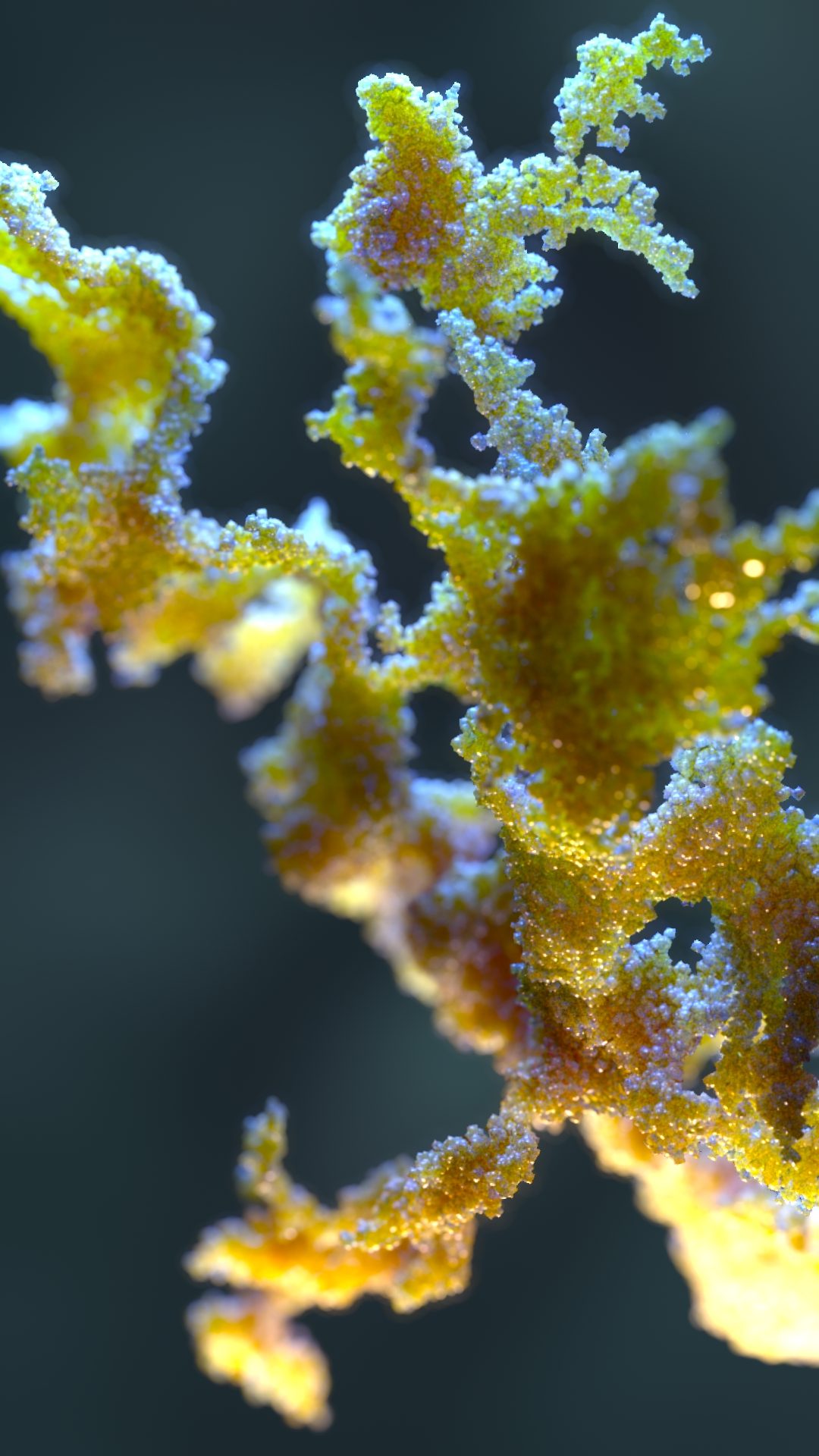 In their latest film, acclaimed directors Josh & Bennie Safdie wanted to open and close with a mesmerizing, ethereal ‘journey through the gem’ to contrast the gritty harsh tones that otherwise define the film, and enter into the dreams and hopes of its conflicted protagonist.

For visual inspiration we studied the photomicrographic works by 20th century photographer Eduard Gübelin and contemporary artist Danny Sanchez. We wanted to try to capture and replicate the essence of the real photography and then take the results further into a continuous but ever-changing landscape.

The Safdies asked for two main sequences, both one-shots transitioning seamlessly between shot-footage scenes. With plenty of time and limited budget, our small team conducted an unusually extensive RnD process amounting to more than a third of total duration.

I was given the fantastic opportunity to work one-on-one with both directors and the legendary DP Darius Khondji in what has been my favorite project to date. While we were fortunate to utilize Brainstorm Digital’s talent pool for final production, look development was kept entirely between Eran Dinur and myself. 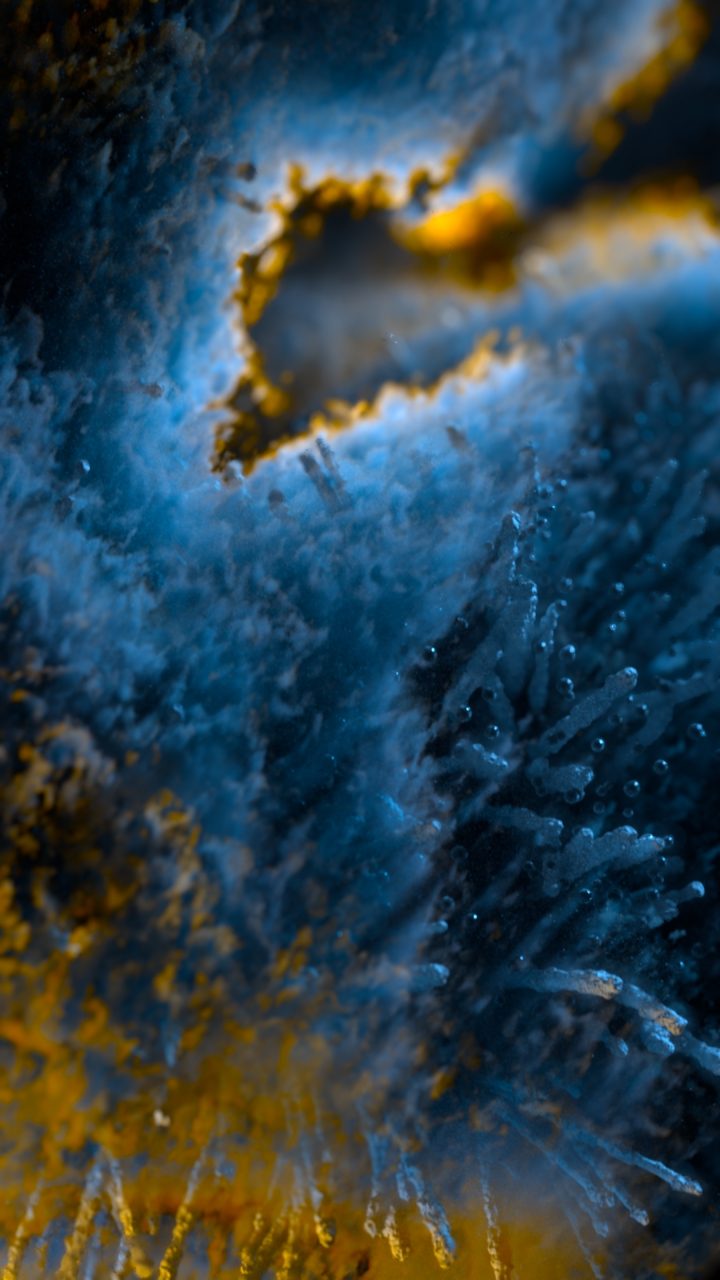 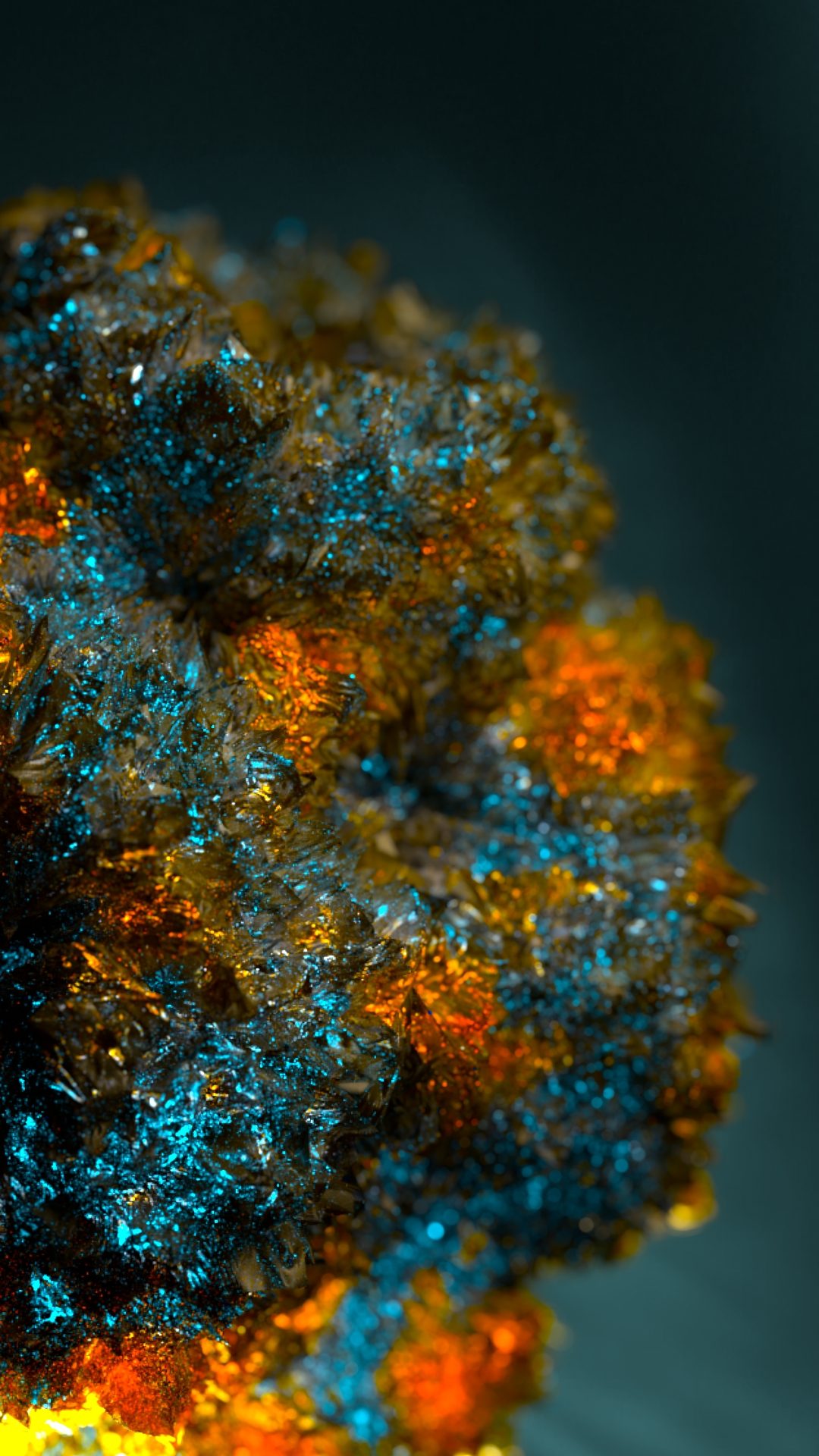 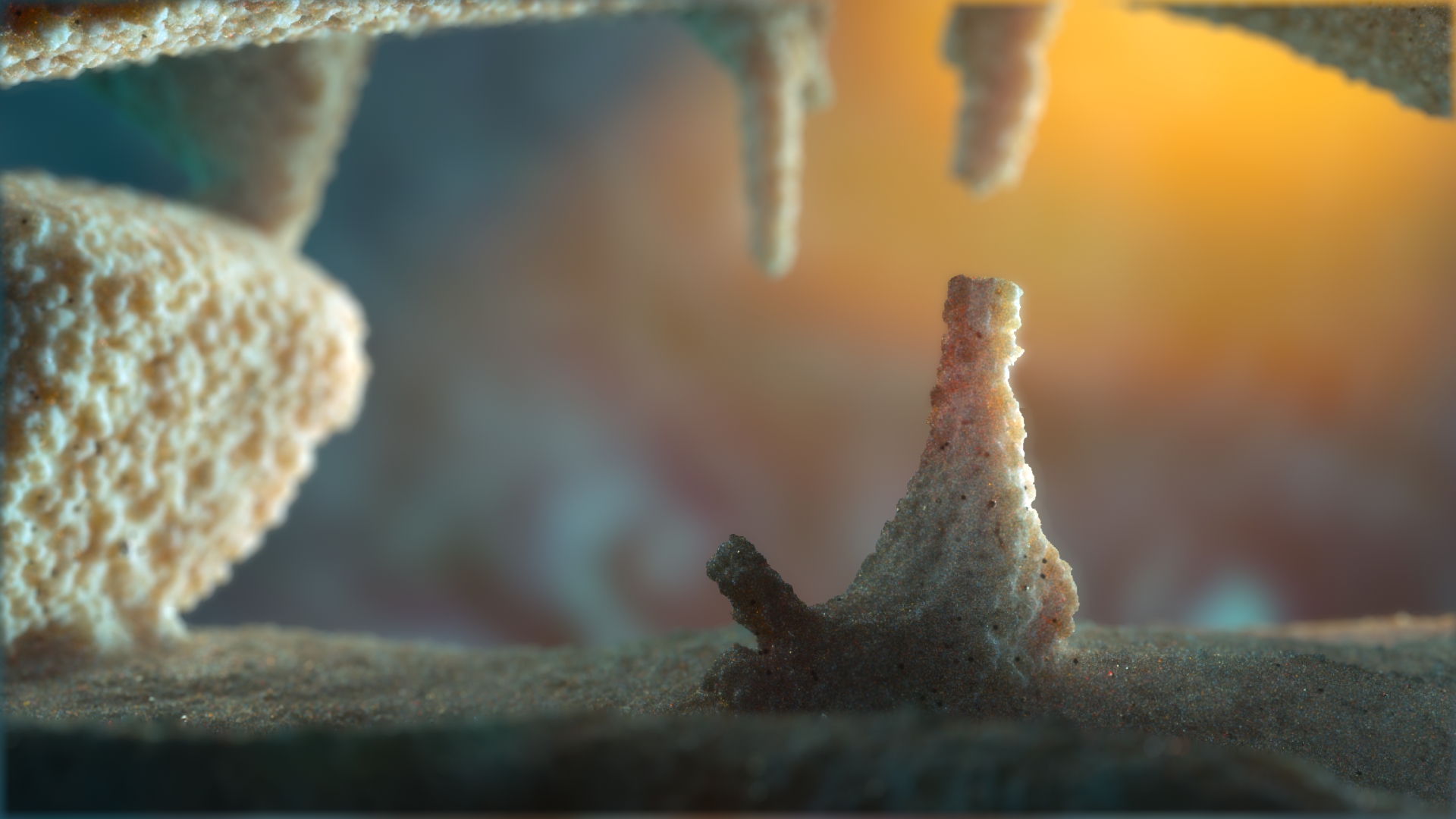 On the 3D side of things I came to use Houdini for modeling and asset creation. German Houdini learning site ‘Entagma’ was a great resource for growing algorithms, and while I ended up rendering in Arnold & Maya, I drew a lot of inspiration of Xian Guan’s work and the Houdini shaders she kindly provided. 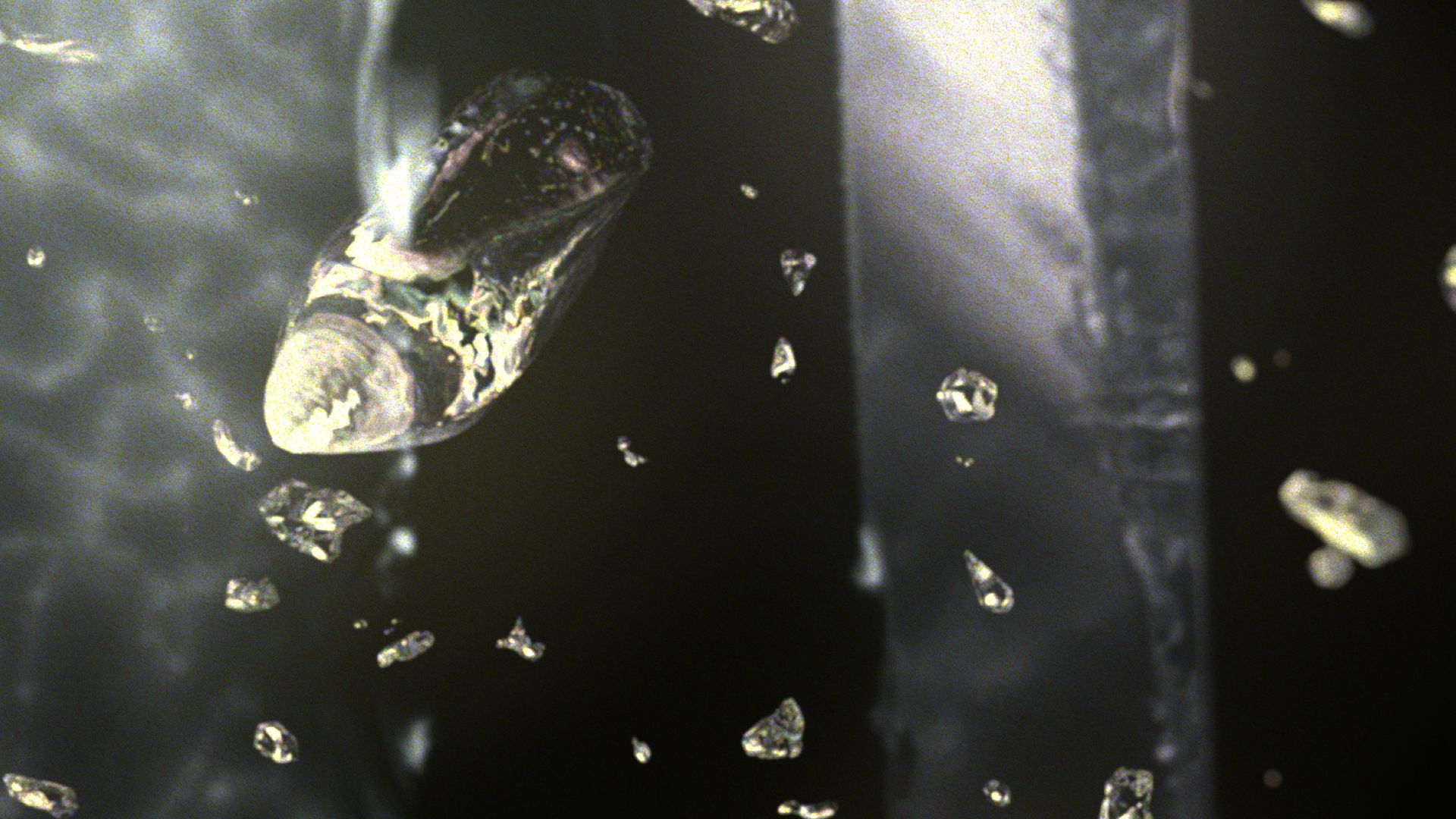 While much of the surfaces could have been sculpted by hand, I found Houdini to be unmatched for rapid prototyping. Scattering simple geometry over crude surfaces I was able to quickly create unique landscapes that felt ‘natural’ rather than ‘digital’. I used VDBs to blend objects into ‘grown’ clusters and off-shelf tools to ‘melt’ geometry into more organic shapes.

Very early on it became clear that the Josh and Bennie liked clouds and volumes, or basically anything that obscured the view and could act to hinder the audience’s sense of scale and direction. We used tighter lenses in close spaces to convey the sense that there was so much the audience was missing out on off-screen.

As Brainstorm Digital’s studio facilities are setup for a Maya-Arnold pipeline, volumes, shaders, camera and light were setup within that environment. My process here was also to create crude geometry that I shaded procedurally and lit as volumes before exploring camera animations to visit whatever looked interesting up close. Once a camera was established I could refine light & detail further without wasting too much time on areas unseen.

Eran’s many years of high-level experience came to be extremely handy. Often I gave him experimental renders I didn’t have much faith in, only to be shown a beautiful image I barely recognized after crop and color. From there I could trim the fat and really focus on what worked to continue. This experience proved that it's possible for a team of two - one 2D & one 3D artist - to accomplish what a large team might struggle to reproduce.

Once look-development had been completed, production turned out to be relatively straight-forward. As the journey took the audience through a solid object, there were essentially no moving objects throughout, and Houdini’s procedural approach enabled us to recreate or extend imagery that ‘worked’ to the desired scale.

What was left to solve – aside from the considerable render-management that comes with 5 minutes of solid CG – were the transitions between 3d-imagery and footage. For the ‘entry into the gemstone’ we had to achieve exactly that: As a miner in Ethiopia discovers the gemstone, we push from his POV towards the rock’s opening into its solid insides.

Through much sweat and tears, we arrived at treating the cg opal as a volume with varying density. Colored lights were then placed to match the practical stones iridescence at any given moment, and rendered with id’s to be later turned on and off accordingly. Brainstorm Digital’s Jasmine Carruthers painstakingly animated light after light to match color and shine, making the transition impossible to tell until we’re way inside the gemstone.

The second transition – from within a pristine crystal cave into Adam Sandler’s ongoing colonoscopy – was achieved by blending shaders and geometry from crisp and white to fleshy. As the camera went from weightless to heavy-handed and wobbly, Unggyu Choi introduced artifacts into the render and matched movement to the real colonoscopy’s low-res footage.

Our final transition – a minute long push into a bloody gunshot-wound – had Brainstorm’s Matte Painting Supervisor Nick Constandy painstakingly create a gushing wound from custom cg elements and real imagery. As the camera pushed closer towards the face, we used a cg head Kwan Au modeled to rack focus post shoot on footage of the real head.

With enough time passed to forget the sleepless nights, I am proud and fortunate to have contributed creatively to such a special film, and with such an amazing group of people. 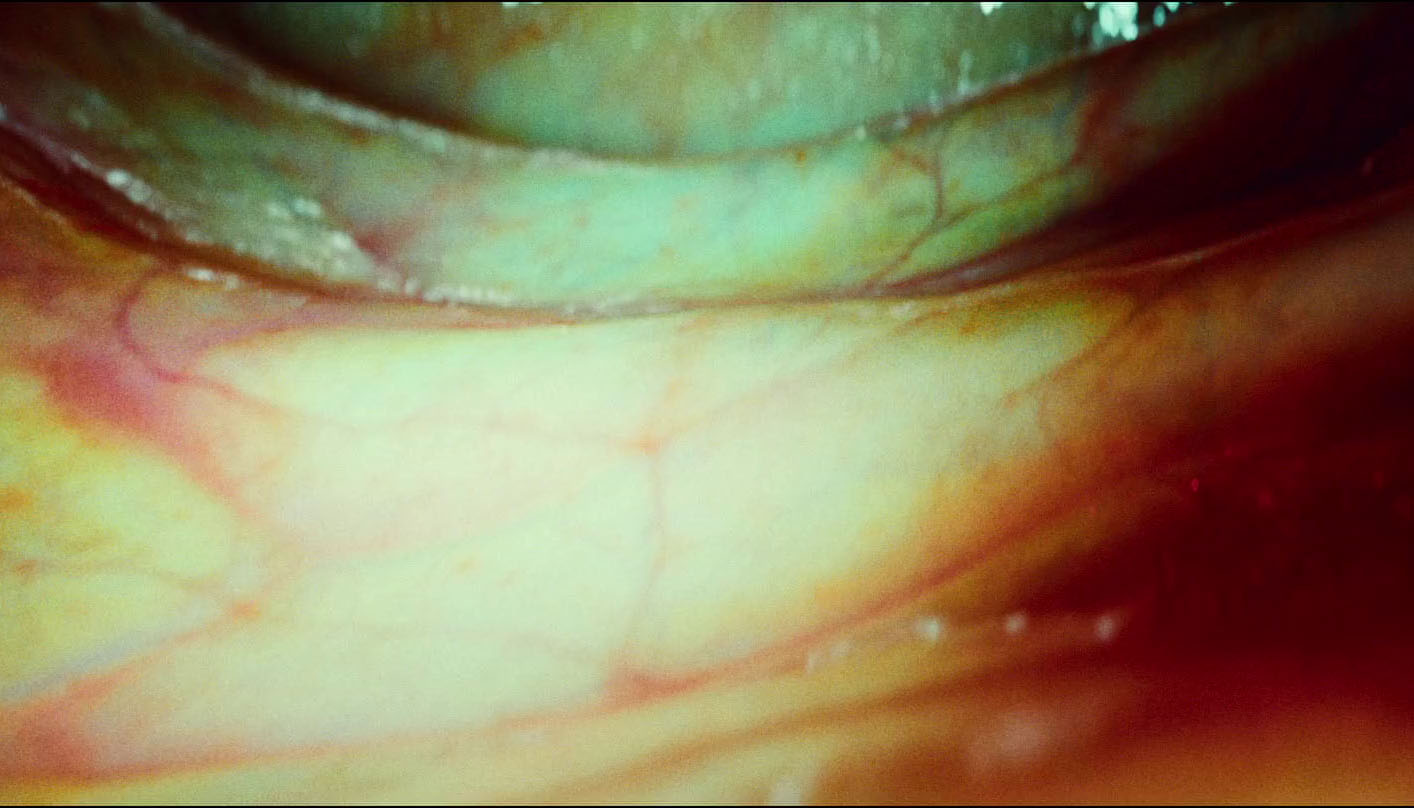